For the Hindus, the Kumbam symbolically represents the highly principled Yoga Path, which is a way of life. The Yoga Path consists of the following eight parts.

Kumbam is considered Sivasakthi. The soul, which remains confined to the physical body, that is the combination of the Five Elements, viz. Space, Air, Fire, Water, and Earth, should become one with Siva.That is the purpose of birth. For this the individual soul should purify the physical and subtle bodies (Pancha kosas) and get rid of the three blemishes (mummalas) viz. Aanavam, Kanmam and Maaya, which have afflicted it.

The thread around the kumbam denotes the 72000 nadis in human body. Mango leaves stand for the hair. The outer cover of coconut, fibrous cover and the inner cover represent Maaya, Kanmam and Aanava malas respectively. By controlling the 72000 nadis in the body through yogic procedures we can awaken the dormant divine energy within us and take it through the six subtle chakras to the Sahasraaram, the seventh chakra, which is also a Devi-Peetam. The garland in the kumbam refers to the Vedas and the Puranas.ath and the need to learn it from a competent Guru, and practice it under his guidance; this would enable the individual soul to attain Moksha also known as Sivagathi. 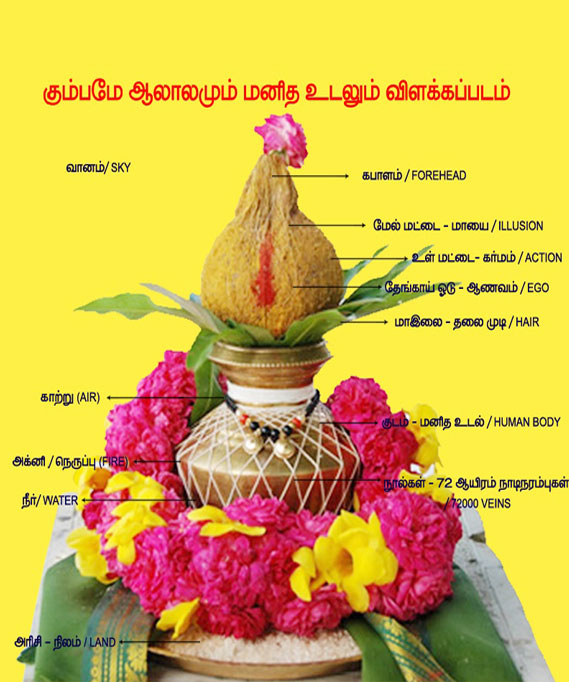 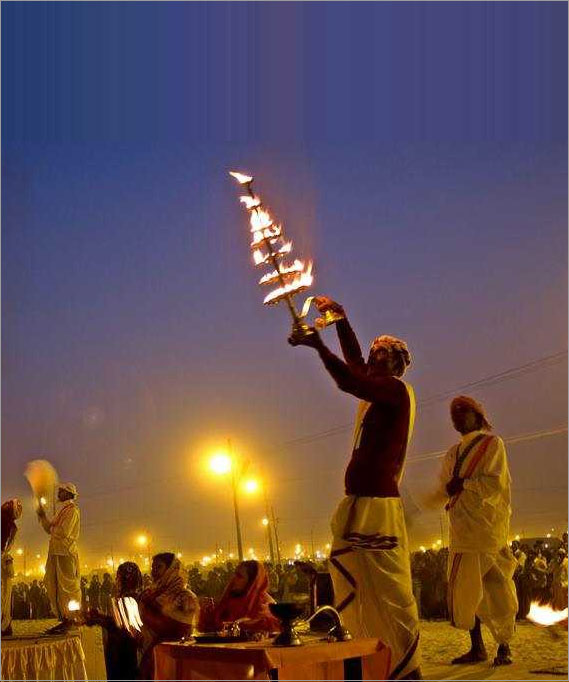 A student needs to learn and practice yoga under the direct guidance of his guru for 12 years. Only to denote this, Maha Kumbamela is celebrated once in 12 years.

The use of kumbam has been incorporated by our forefathers in all the ceremonies auspicious or otherwise, only to impress the importance of the practice of yoga. Kumbabhishekam is performed in all the temples once in 12 years for the same purpose.

Allahabad is known as ‘Triveni Sankamam’ where the sacred rivers Ganga, Yamuna and Sarasvathi join. Here the rishis, saints, sadhus, laymen – all alike assemble once in 12 years during Maha Kumbamela and get rid of their karma by doing snan in the holy waters.

It is not enough merely to take bath in the holy waters. All should understand the relevance and meaningfulness of practicing yoga and attain spiritual evolution. Thirumoolar has explained yoga path and Saivaneri in his work Thirumanthiram in 3000 slokas; Patanjali Munivar has rendered Yoga Sastra in 195 formulas in Sanskrit. 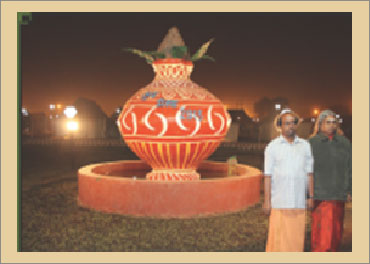 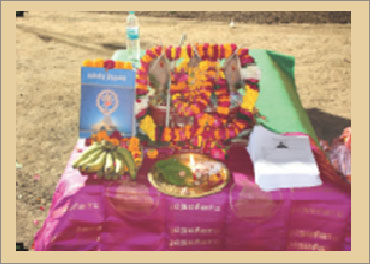 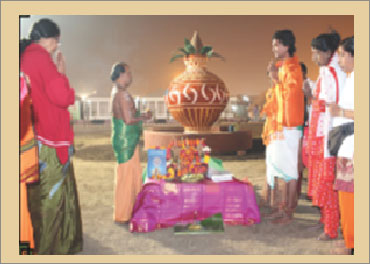